Employment Discrimination and the Push to California Courts

A new law will go into effect across California on January 1, 2020. California Senate Bill 188 revises the definition of race articulated in the Fair Employment and Housing Act (1959). This definition will now include hair texture and protective hairstyles—traits historically associated with race.

Senate Bill 188 creates an opportunity to review the ways in which the courts have—or have not—helped to enforce employment discrimination laws throughout California. Let’s begin by looking at the data for Los Angeles County. 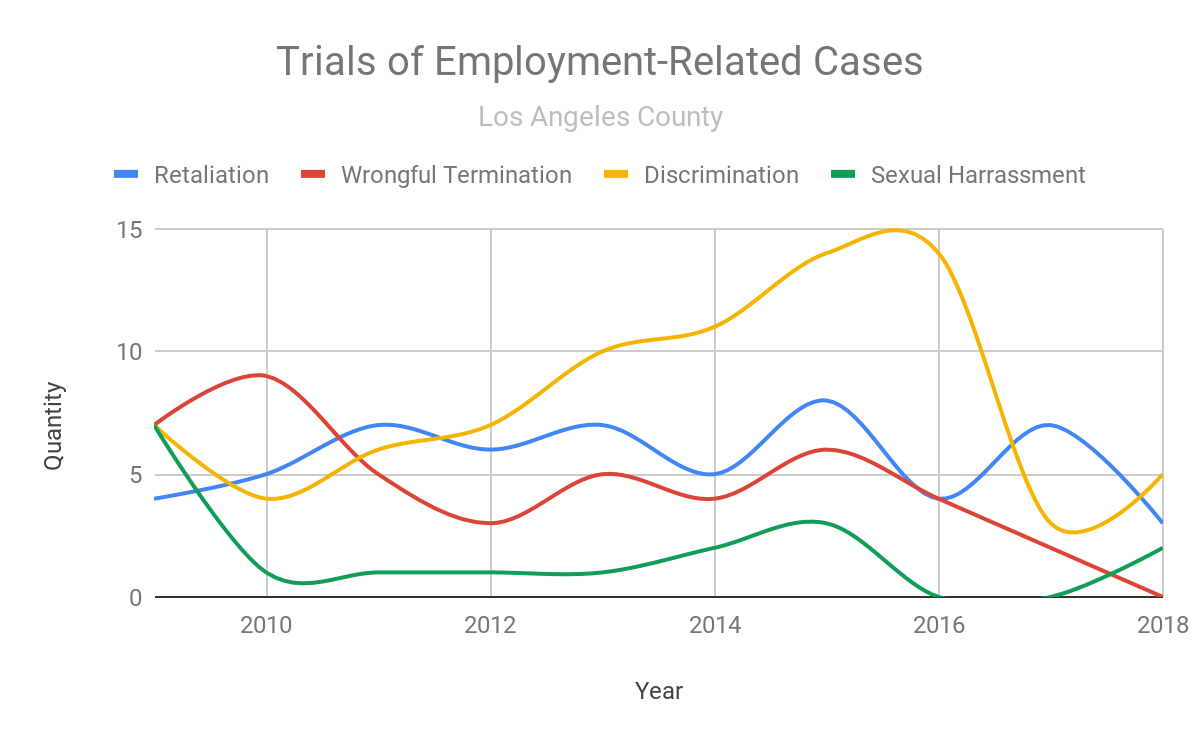 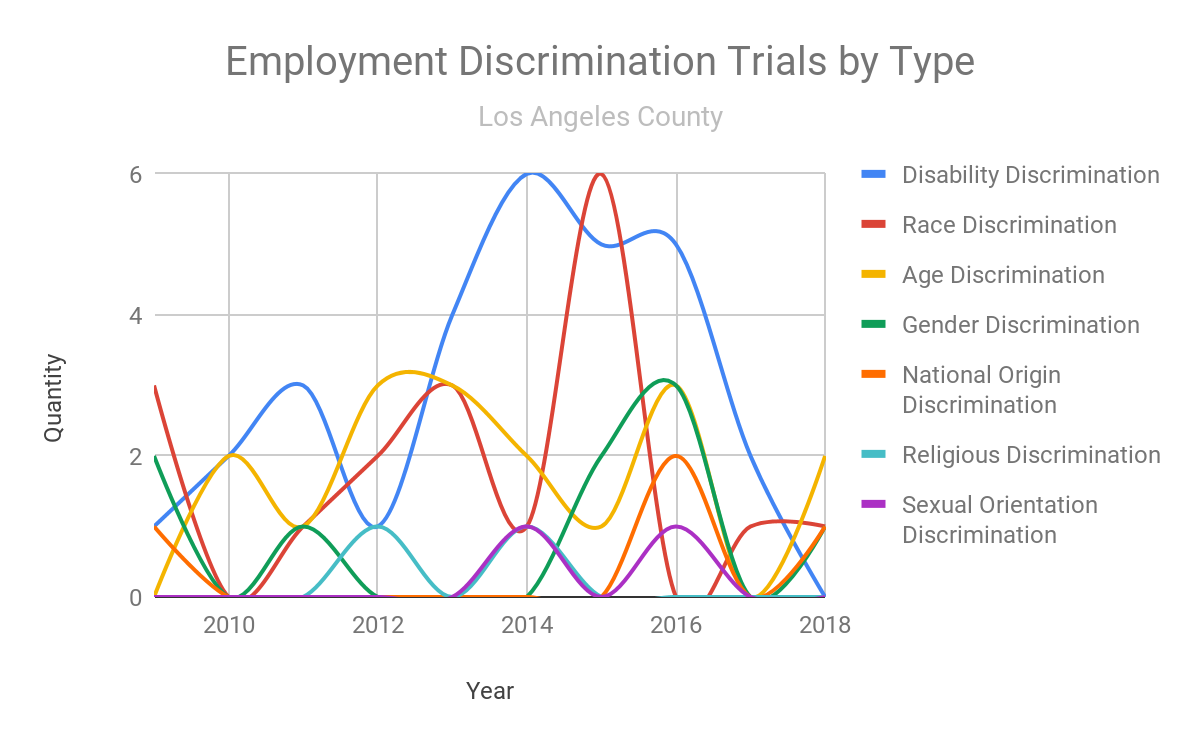 But how have these trials concluded? 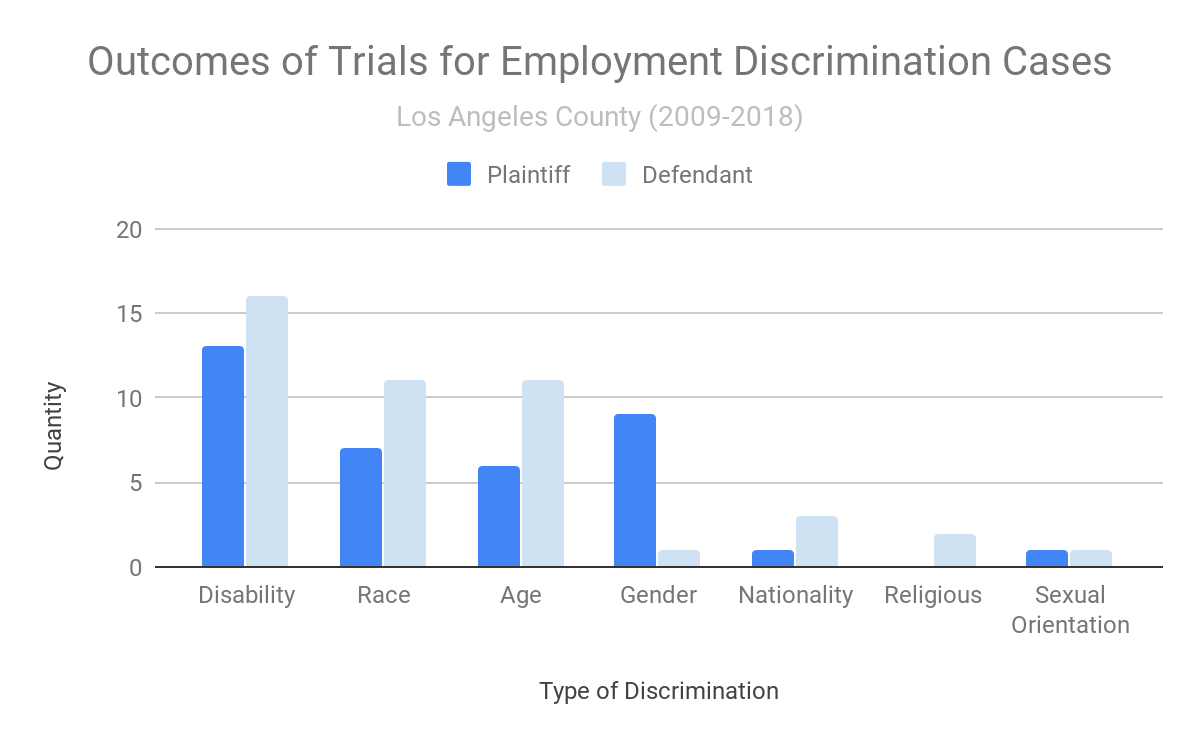 Placing these outcomes next to those for all employment-related cases provides some perspective. By zooming out, we learn that plaintiffs and defendants fared similarly in retaliation and wrongful termination trials, with plaintiffs experiencing a slight advantage between 2009 and 2018. The story changes with sexual harassment cases. And it changes even more with employment discrimination cases. 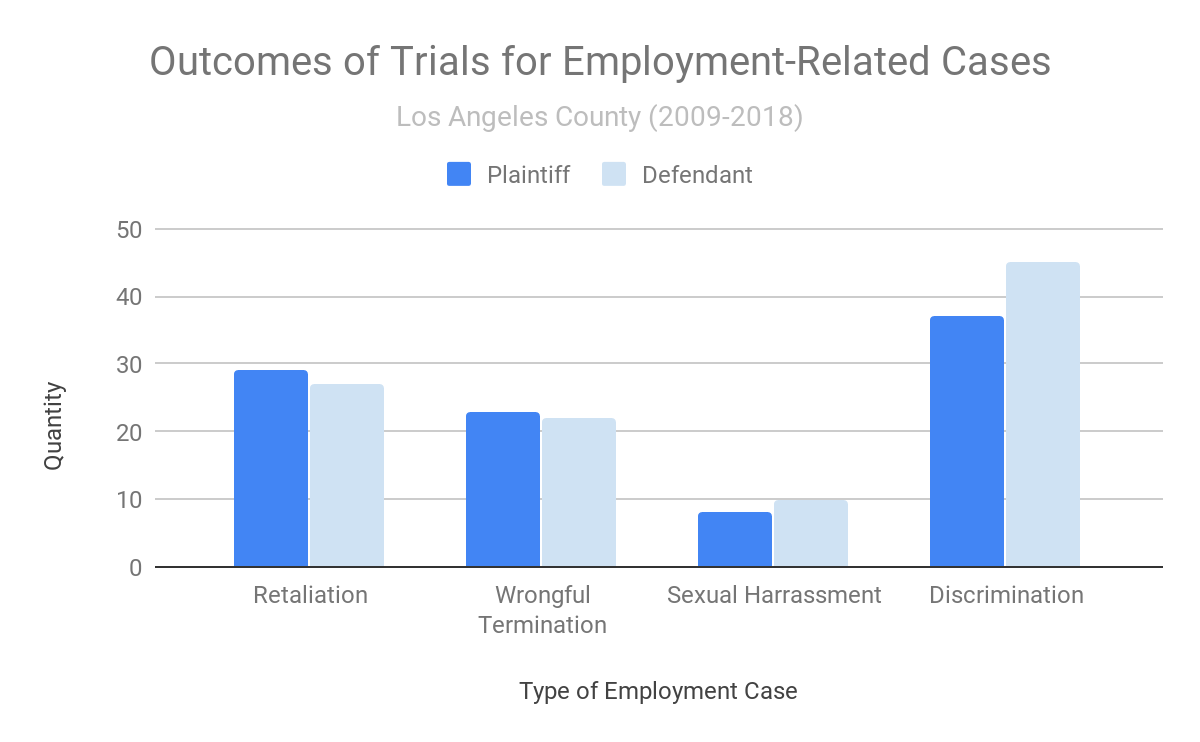 Not only that, but many state courts have more plaintiff-friendly employment discrimination laws. For example, the Fair Employment and Housing Act of the State of California offers protections for employees that do not exist at the federal level. In California, employment discrimination is defined more broadly, adding sexual orientation, gender identity, and marital status to its list of protected categories. It is also applicable to a larger number of businesses. Many federal anti-discrimination statutes cannot be triggered until a business has at least fifteen employees. However, in California, these statutes can apply to businesses with five or more employees. 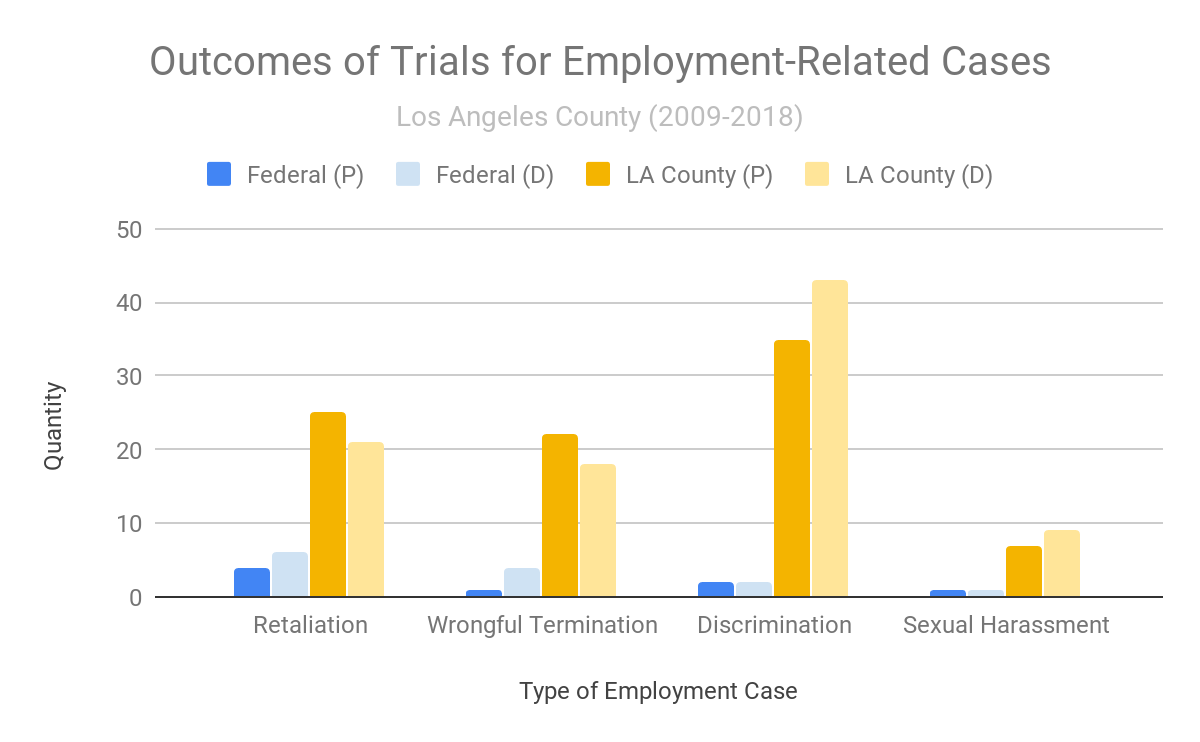 The result? The changing landscape of federal pretrial policies, along with more favorable state law statutes, have pushed employment discrimination cases away from federal courts, with most plaintiffs opting to file their claims in the state court system.

There is at least one reason why such a change might matter. The life tenures granted to federal judges affords a level of judicial independence that does not exist at the state level. California Superior Court judges must be elected by their county’s voters every six years, a situation that can expose the rulings of state court judges to more political pressures than those of federal court judges.

How will the expanded definition of race embedded within Senate Bill 188 affect these trends? The moves of policymakers suggest that employment discrimination filings are difficult to win because of the way the law is written. Legal analytics, however, suggests that there are more complex structural issues at play, issues that involve the politics of judicial independence.

[1] This analysis is specific to cases that have made it through to verdict. It should be noted that the low verdict success rates for plaintiffs may be tied to defendants settling cases that they believe have merit, long before they actually go to trial.

Trellis is a superior court legal intelligence and judicial analytics platform. At Trellis, we collect and aggregate CA superior court data, make it searchable, and analyze it with AI and machine learning to give lawyers and legal researchers practical, data-backed intel on the way judges are ruling at the state court level.

info@trellis.law
Copyright 2020 | Designed with by HubSpot